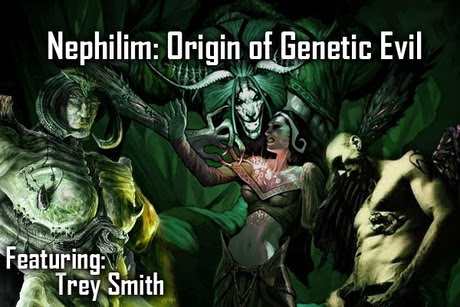 Trey Smith is best known for his role in the 1999 safe robbery of prominent television evangelist, Mike Murdock, a lead fundraiser for TBN, PTL, Daystar, Benny Hinn and others.

Smith released a book titled Thieves: One Dirty TV pastor and the Man Who Robbed Him in 2011 which covered the safe robbery of Mike Murdock and paints a dark picture of the claimed "corrupt world of prosperity gospel.

In 2012, Trey founded the God in a Nutshell project which primarily consists of investigative videos on subjects like consciousness, life-after-death, religious corruption, ancient cultures & belief systems, and even fringe topics such as aliens, or Hitler's involvement in the occult.
Tonight he tells us about the findings in his video called
Nephilim: Origin of Genetic Evil