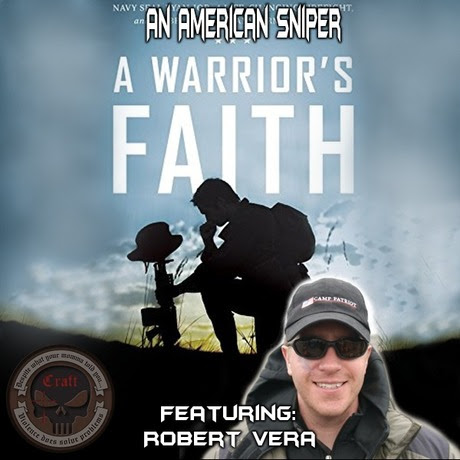 THE COMPANION STORY TO
"AMERICAN SNIPER"
This story is about Ryan "Biggles" Job, the sniper who was shot on the roof in the movie…the movie does not show he lived for 3 years after before a mistake in a follow up sugery cost him his life….

The biggest film in America has this a companion story you must know. "American Sniper" follows the life of Navy SEAL Chris Kyle, the most deadly sniper in American history and his Navy SEAL Team 3 brothers.

The movie made history of it's own by becoming the largest grossing film debut in the month of January ever, raking in over $107 million dollars in it's opening weekend.

The movie version of "American Sniper" was adapted from Kyle's New York Times #1 best selling book, which was dedicated to Kyle's NAVY Seal teammate and close friend Ryan "Biggles" Job (pronounced Jobe), a central character in both the book and film.
The real life Ryan Jobe lived, and tragically died, in Scottsdale Arizona.
Tonight we hear about Ryan Jobe from Robert Vera who gave the eulogy at Ryan's funeral in Scottsdale that was attended by several hundred Navy SEALs from around the globe.
He was also in attendance at Kyle's funeral service in Texas in 2013.